Discovering stories of violence and passion in the Belgian State Archives

In early modern Europe, pardoning crime was a complex process of reconstructing social peace. The Belgian State Archives contain thousands of pardon letters granted by the monarchs to perpetrators of serious crimes in the Burgundian and Habsburg Southern Low Countries. Through the petitioner’s storytelling, you get a fascinating glimpse into daily life of the Old Regime. As a reader, you feel like the proverbial fly on the wall. Moreover, the stories in these pardon letters offer valuable, often unique information about local and family history. Would you like to help us unlock these pardon stories?

What is a pardon letter?

In the early modern Low Countries, a pardon letter (‘brief van remissie’ or ‘lettre de rémission’) was a charter granted in the name of the Burgundian or Habsburg monarch and delivered by the chancery to pardon the crimes committed by an individual or a community. To obtain a pardon letter, each supplicant had to submit a petition for pardon to the monarch and his council, in which he or she detailed the circumstances of their crime and explain why they should be pardoned (e.g., the homicide was committed in self-defence or by accident). If the case was considered pardonable, the sovereign and their counsellors ordered the chancery to issue a charter of pardon. Then, the beneficiary purchased their pardon letter by paying the fees for the procedure and thereafter brought it to a local court of justice to have the pardon endorsed and make a final arrangement with the victim party.

For today’s readers, these pardon letters are fascinating documents that offer to immerse ourselves in the lives of the people from the past. The preamble of each letter develops an argumentation to support the monarch’s decision, which is in fact a copy of the petition initially submitted by the recipient, in which he or she narrates how they committed their crime. These rich and vivid stories are what makes pardon letters unique, but as any good crime novels and TV series show us, the confession of a culprit must always be carefully analysed, for he or she may not be telling the truth in order to escape punishment. Nevertheless, when reading these pardon letters, you will discover the passions, fears, or hatred of people who lived several centuries ago. You will learn about tavern brawls, adulteries, disputes between neighbours, or even religious conflicts that occurred in regions and placed you are familiar with. You may even find names of some of your ancestors who were, somewhat, involved in these pardon stories?

The PARDONS project (‘Topographies of Pardon Tales: Contextual Mapping of Pardon Letters in the Southern Low Countries, 15th-17th c.’) is a four-year research project funded by the Belgian Science Policy research programme BRAIN-be 2.0 which was launched at the State Archives in August 2021, in collaboration with KULeuven, UCLouvain and Histories vzw. The purpose of this project is to digitize, transcribe and make publicly accessible the vast collections of pardon letters granted by the Burgundian and Habsburg rulers and available at the National Archives in Belgium, in order to provide an innovative history of power and social relations in the early modern Low Countries, including at moments of political and religious tensions such as the Dutch Revolt. These thousands of pardon letters are one of the most prominent items in the early modern archival heritage of the Low Countries, not only because of the richness of their narrative structures and legal contents, but also because of the exceptionally long time span they cover. These fascinating collections of stories of violence, conflict, and disruption of daily lives are an invaluable part of the material and cultural heritage in Belgium.

In the first phase of the project, we focus on the pardon letters preserved in the archives of the Council of Brabant (c. 1480-1660), which cover crimes committed in the duchy of Brabant. Then, in a second phase, we will investigate the pardon letters from the archives of the Spanish Privy Council (c. 1540-1700), which cover the entire Southern Low Countries.

You want to learn more about pardon letters? In addition to our webinar, you should have a look at the following books and articles: 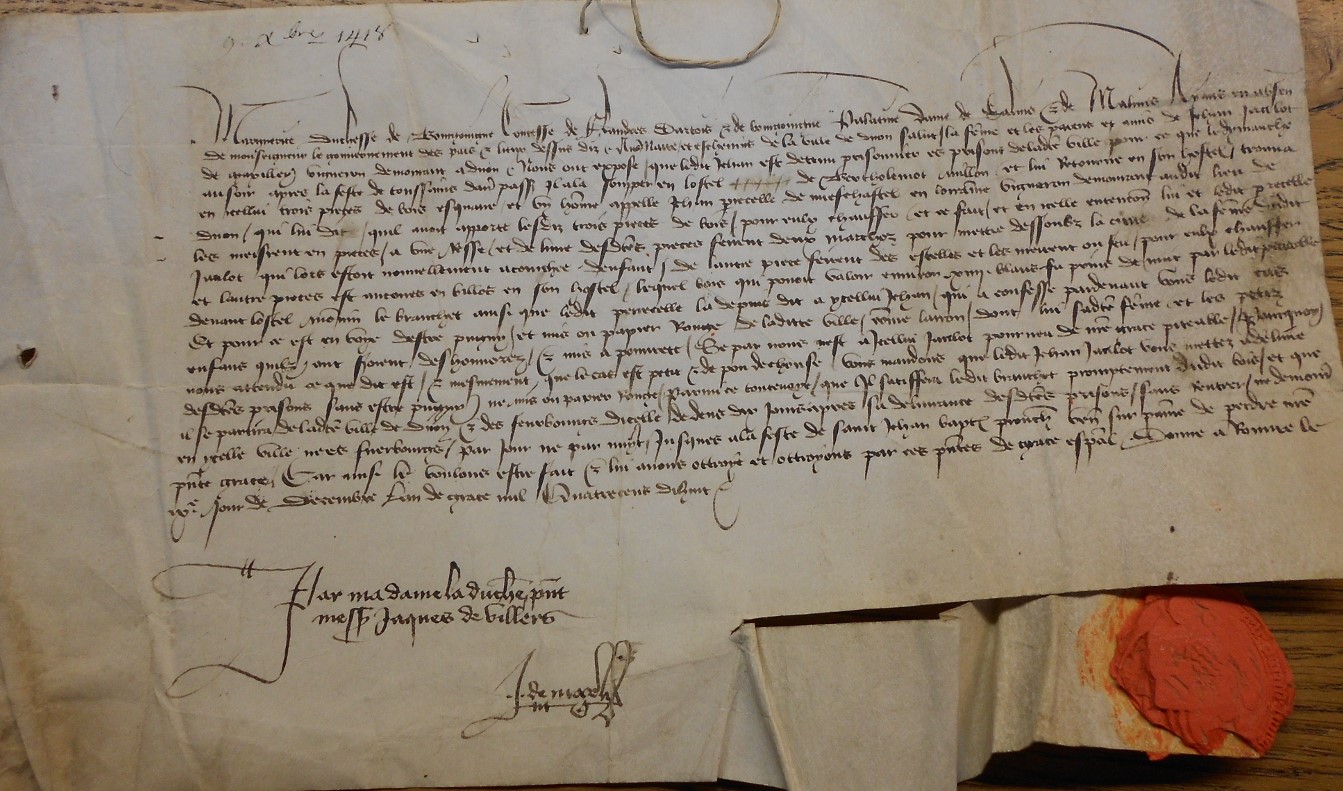